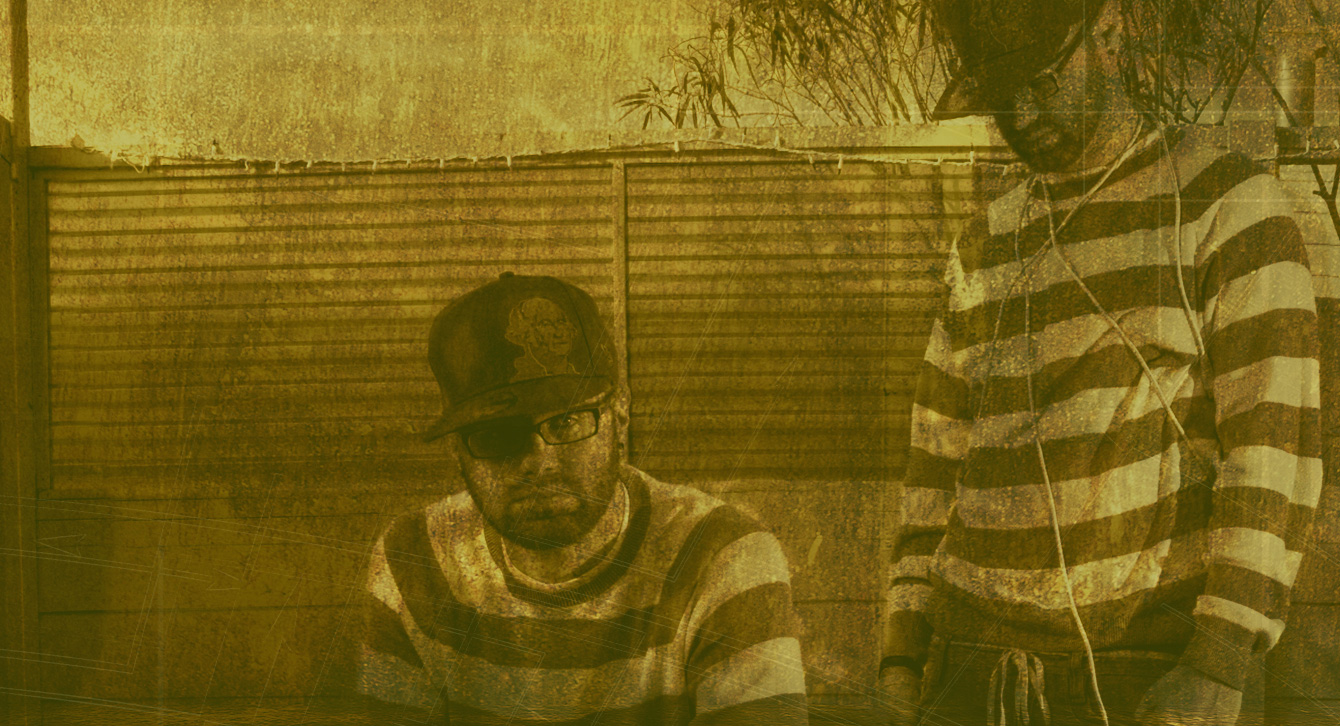 Hot on the heels of his latest Hip Hop sample pack ‘Edison’s Bag o’ Bricks‘, we caught up with the Oakland-based Hip Hop head to chat beatmaking, sample pack production and controllerism, and to try to find out exactly what makes Edison tick, boom and bap!

Hey Edison, can you start by introducing yourself and telling us a bit more about you?

Your first sample pack ‘Edison’s Beat Tapes’ was released last year. Can you tell us a little bit about the pack, the creative process and equipment that you used to make the it?

Yes! I was overwhelmingly excited that Samplephonics got in contact and asked for some noise! I’ve been quite introverted, as I haven’t been playing shows in a couple years. So producing some samples had me really stoked. The sound pack was a ‘who’s who’ of my most tucked-away hard drive groans and grumbles. There was actually all KINDS of gear used to make it, as the samples spanned a very large range of years of production. Lots of hardware synths and gear sampled into Ableton. Lots of pianos and guitars and basses twisted and turned into things. It was a lot of fun kind of digging through my own archives and sampling myself and pimping it all out, flipping it into something tangible.

You are known for ‘controllerism’… What’s that then?

Haha, yes yes. I guess it’s a kind of performance for things computer-based. I’d say anyone trying to play live electronic music could be a controllerist, but I guess it’s vaudeville for modern electronics.

That sounds like a mash up of beatmaking, live performance and scratch DJing. How did you get into it and what background do you come from?

Yeah! exactly. I’ve been a musician since I was quite young. I moved to California and I was making Hip Hop and playing shows with friends. It just got super-awkward standing on stage, pressing play on a CD and having people rap to it. We always tried to have live guitar and samplers, but once I got into Ableton, I started getting a lot of ideas to bring it on stage with me. Then I found the Monome, and it just blew me away, the level of interactivity, so I geeked out and eventually was pushing buttons on stage.

You use a lot of loops and samples for your performances. Is there something in particular that you look for when you are choosing your sounds?

Well, I always look for drums first. I love some big chunky, punchy, filthy drums. Breaks, machines, kits, live… whatever, if it makes you want to headbang and barf at the same time, I want to use it! Everything after that is me just playing instruments and sampling myself. Layers and layers, and hella FX chains, till my back hurts from hunching over shit.

How do you go about creating your live sets and routines? Do you create a full track in Ableton first or just get a bunch of sounds together and jam it out?

I’d say it’s a gathering of sounds, playing with them for a while – maybe even at some shows, then I lay them out in Ableton and refine to a song from there. Live sets are just separate Ableton sessions and I pause in between songs to load up the next. This gives me a chance to make an ass of myself on the microphone, tell terrible jokes and generally make my wife roll her eyes at me from the side of the stage. It’s good for everyone!

Does your experience as a controllerist and live performer influence your sample pack production?

Well, I’d have to say no. I’m not really a “hear it first in my head” kind of guy. I’m quite good at picking anything up and just making noise or melodies, and from there I just mess with things till they fit. For my newest sample pack ‘Edison’s Bag o’ Bricks’ (all one shots), I did the opposite and really science nerded out, and made new sounds. It was fun and intense and a lot of work. It ruled!

If you could collaborate with any artist alive or dead, who would it be and why?

Hmm… Well honestly, in all my musical adventures and travels I’ve got to meet SO many amazing and talented folks. And it’s funny because depending on the mood and the night, inspiration and showmanship can come from anywhere. I’ve seen meek, shy performers slay a whole room. I’ve seen big, sure folks foul things up. I’ve seen chaotic noise shows that made me question what the fuck I was doing musically, and virtuosic classical guitar pieces that made me want to puke and throw things. It’s all out there, as a weird energy that’s in everyone. As long as I get to tap into it, and see it tapped into, I’m all set.

What is next musically for Edison? Do you have any projects that you are working on at the moment?

Well, I’m still not really performing much. Just here and there with some awesome, chill folks. working with a tape label in San Francisco, 77rise recordings (BIGGA beats!!!!) putting out some tapes! Also, working with my best rap bro Lucien Shapiro, and making some tribalistic ambiences for his art performances (keep it weird). Other than that I’m making beats and noise everyday, so we’ll see what happens. Thanks to you guys for letting me rant, and letting me make noise for you! STING!

Check out Edison’s sample packs Edison’s Beat Tapes and Edison’s Bag o’ Bricks for more of an insight into the mind of the man himself. Also, give him some love over on Twitter, Instagram and Soundcloud.