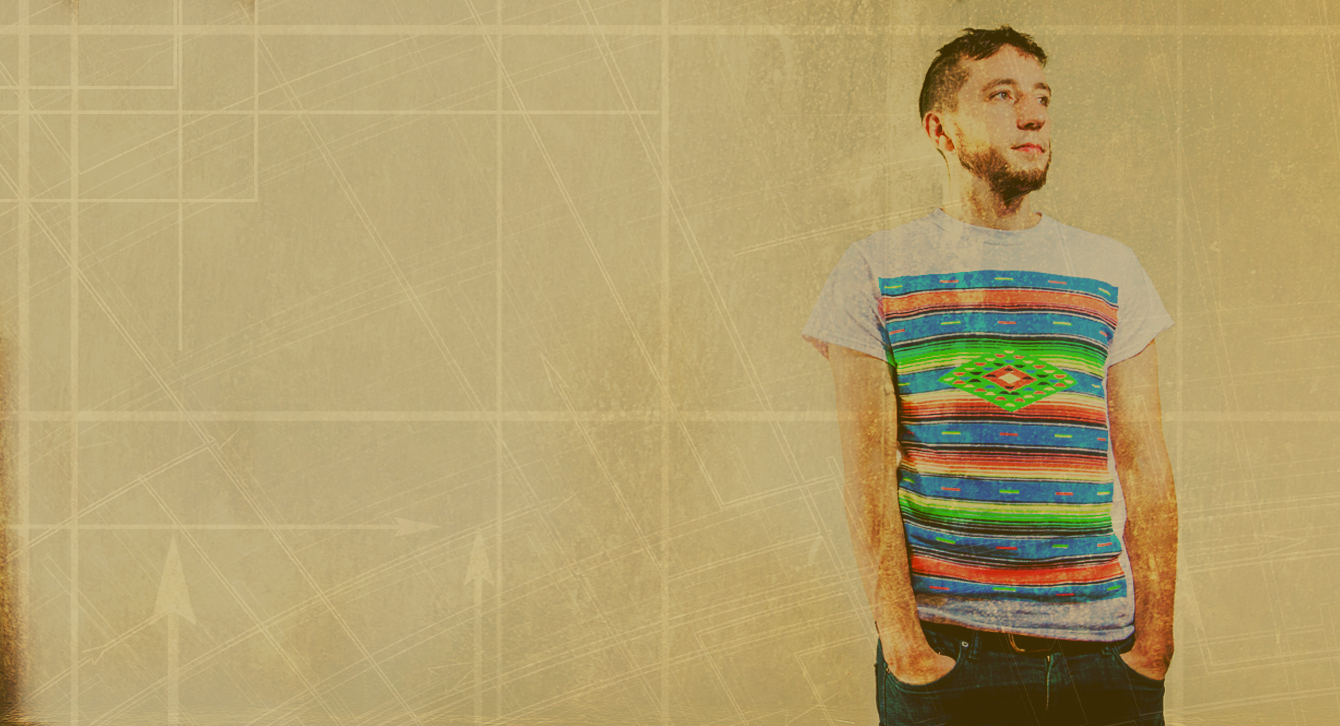 As we prepare to release the debut sample pack from Mexican Global Bass producer Borchi – ‘Borchi: Mangled Brass’, we sat with the man himself to discuss his crazy distinctive style, the pitfalls of recording a brass band and to find out a bit more about Mexico’s underground electronic music scene.

Hey Pablo, can you start by introducing yourself and telling us a little about the ‘Borchi’ sound?

Sure, I am a DJ and producer from Mexico City’s Global Bass and freestyle scene. I have been part of this movement ever since 2011-12 when I started to organise the Day Off parties, a series of Global Bass events that brought the top artists from this scene to play to the City. I was part of the Red Bull Music Academy in 2015 and I am a member of www.cassetteblog.com, where I run the site’s net label and co-host its weekly radio show at 90.9 FM.

My sound is based on a sampleadelic approach to production and a taste for hearing the texture of drums and brass sounds up close in your ears. I am very influenced by Brazilian dancehall rhythms and percussion, which I try to blend with Hip Hop influences. I normally work within a 95 – 105 bpm tempo and I think my sound is influenced by artists such as Frikstailers, Chancha Via Circuito, Debruit and all kinds of street carnival bands.

Is this your first sample pack? Can you tell us a bit about how you made it?

Yes, it’s my first pack! To make it I teamed-up with an awesome Brass Band from Mexico City called the Brass Street Boys. First we recorded a lot of loops in a studio, which I then then took home to re-engineer.  I used the same approach I normally use when composing. I grabbed the loops with everything sounding at the same time; drums, tuba, sax, etc, and then started to deform them until I had something that was very different from the original clips and had its own unique vibe.

Your band is amazing! Where did you find the musicians that you work with?

Thanks a lot! The band is made up by three of the musicians from the Brass Street Boys, which I insist is an amazing band. I found out about them because they recorded some songs at the same place I also record stuff at. Shortly after we started to collaborate we got into doing the sample pack and as soon as I had the invitation to do the first live shows it was very natural for them to get involved in it.

Recording a brass band must be a challenge?!

It is! Especially when it is your first attempt at it, haha. Doing so I learned that when you are recording a brass band you really need to have all the brass section at the same time to get the right groove and harmonizing of all of them. So when you record them you can have a lot of sound bleeding into the mic’s of the other instruments. It becomes very important that the things you record are very well-practiced before doing so, because it’s hard to correct stuff afterwards, when you are working with the recordings. Thankfully my “Borchi” sound is very “dirty” with the sounds, so I could still use the recordings we did despite the recording not being as precise as it should’ve been in the first place.

You add a lot of processing and effects to the original sounds. Do you still think it is important to get a good quality recording of the players before you get to work on the editing?

To create the ‘Borchi’ sound, having good recordings is not a must, I think those limitations are part of the aesthetics of it. However, it’s always easier to work with good recordings because it gives you a larger spectrum to work with. For example, if you have a lo-fi recording of a hi-hat groove you might not be able to put it up in the mix as loud as you would want because of the background noise it has in it.

You manage to create a really distinctive sound. What types of things do you do to the instrument loops to achieve this?

On drums I layer a lot of things. I rarely have a bass drum playing alone, it’s always 2 or 3 at the same time. Same with snares. I also like to saturate a lot, re-warp and change the pitch of brass samples when creating melodies, which makes them sound a little bit “unnatural” in a way. I also like to play a lot with panning and the volumes of the cut-ups I do, which helps to give the loops a certain hyper-realistic feel.

Is your sound a good representation of dance music in Mexico just now?

More or less, I think the attention I have been receiving is a reflection of the way the Global Bass scene in Mexico has been growing on the past few years, leading to the appearance of big events, brand events, festivals and nightclub, which include a great deal of Global Bass in their line ups. However, regarding sound, I feel the attention is more focused on things like slow Andino-House, Neo-Dembow and Cumbia; which makes my my brazilian/street brass approach to production feel like something something new on the scene, but its being very well received!

You can hear a lot of different influences in your music, what is your background and how did you get into music production?

I started DJ’ing at 12, playing weddings, birthdays and those kind of parties. During University I was part of a Latin Funk/Hip Hop band called Beat Buffet. That’s where I learned my first production skills. But I really developed my musical taste when I ran the Day Off parties where I had direct contact with artists such as Dengue Dengue Dengue!, Uproot Andy, Schlachthofbronx, Jeremy Sole, Chancha Via Circuito, and many more. Seeing their work up close gave me the references that I needed to feel I could go on and do my own music.

What is next on the horizon for Borchi?

I am working on the debut album of “Doble Redoble” – which is the project in which I collaborate with the Brass Street Boys. If everything goes as planned, I hope we can put the album out in the next couple of months and hopefully have a 2017 full of shows in Mexico and overseas.

To stay up to date with Borchi and hear some more of his music, head over to his Twitter, Facebook, Instagram and Soundcloud pages. And don’t forget to check out his sample pack ‘Borchi: Mangled Brass’