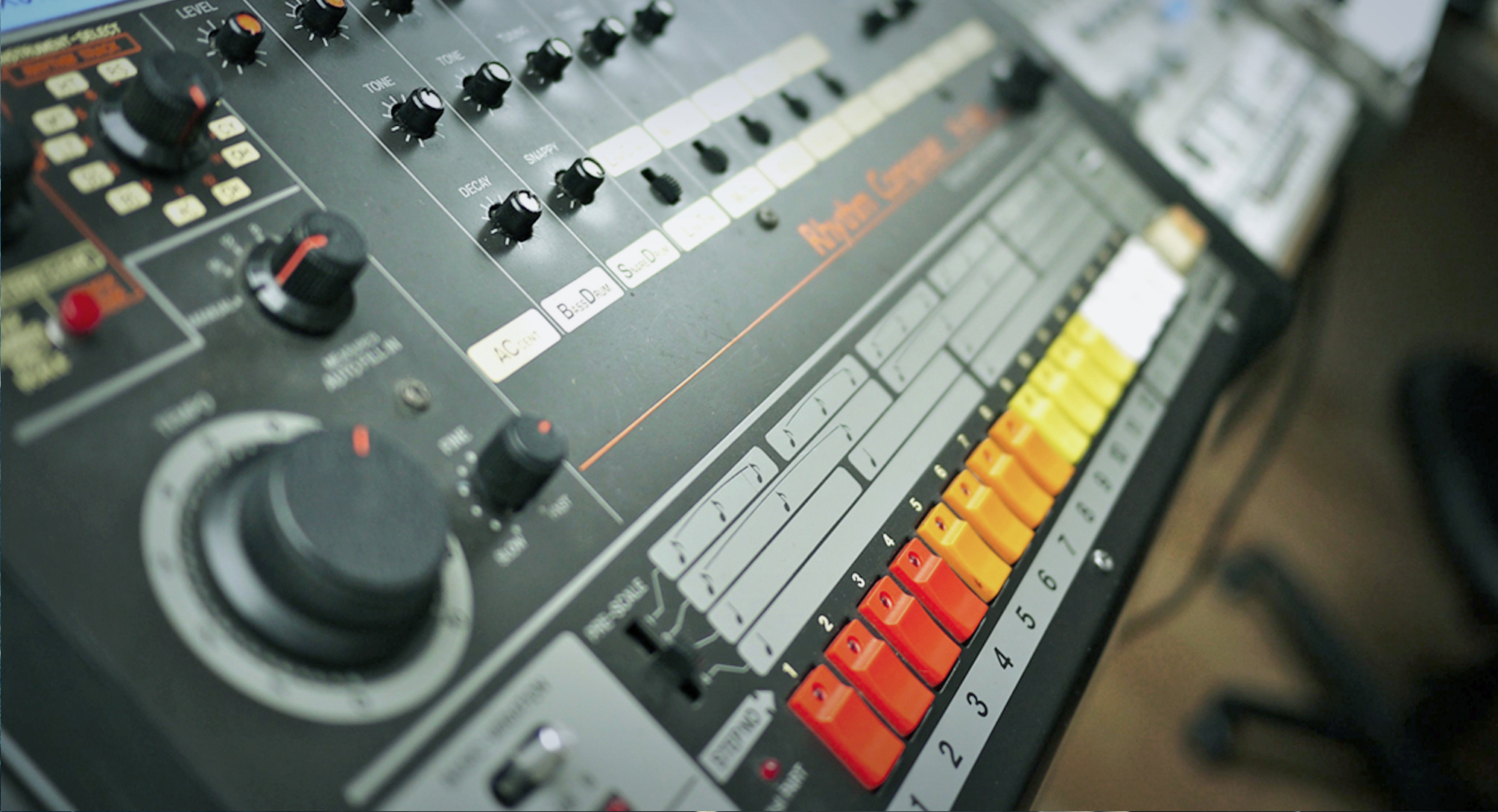 Whether you are using the real thing, one-shot drum samples or the Samplephonics 808 virtual instrument, there is more to the classic drum machine than meets the eye. In this post, we unearth some of the 808’s hidden production secrets.

Probably the least secret of all the TR-808’s ‘hidden’ features is the ease with which its Bass Drum sound can be pressed into service as sub bass instrument – it’s just a sine wave with a pitch envelope, after all. Set the hardness of the attack with the Tone control, the length of the note with the Decay, and pitch it up and down to ‘program’ a bassline using your DAW’s automation system.

Arguably the most instantly recognisable of all its voices, the crazy TR-808 Cowbell played a major part in defining the beats of countless old-skool RnB and hip-hop cuts. Although it carries too many stylistic connotations to be used ‘as is’ in most modern productions, drenching it in cavernous reverb and/or delay can turn it into a beautiful, frequency rich sound effect.

The 808’s Toms and Congas come in High, Mid and Low versions, giving you three distinct notes to play with. For more complex melodic parts, however, simply automate their Tuning (pitch) controls in your sampler. Try to restrict each of the three samples to as short a range of pitches as possible to maintain their sonic integrity, though.

The longest sound in the 808’s arsenal (almost five seconds at maximum Decay) and bursting with scintillating high frequencies, the Cymbal makes great fodder for dubbed-out filter feedback delay effects. Shove it through a suitably equipped delay plugin (Audio Damage Dubstation or Soundtoys EchoBoy, for example), crank the feedback up to ‘freeze’ the cymbal, then play with the filters in real time to manipulate the resulting ‘wash’ of sound. Insert a limiter first, though, as the volume will quickly get out of hand!

Each of the TR-808’s three trigger outputs delivers a series of 20ms pulses following the Cowbell, Handclap or Accent patters, that can be used to fire off other drum machines, synths and sequencers via their CV/Gate inputs. Obviously, such functionality isn’t necessary with your software 808 emulation, but the sound of the trigger out signal itself works as a great glitchy percussion hit, as used most famously (and frequently!) by Egyptian Lover. To work it into your tracks, hunt down a sample of it and add it to your 808 sampler patch.

The 808 Bass Drum is one of the greatest sounds in electronic music, but you don’t have to limit yourself to it when programming authentic 808 kick parts. Pitched down, the Low Tom serves as a fine alternative, offering a subtly different tone that can work well on its own, or as a second, distinct voice for ghost notes or simple note-to-note variation.

Although the 808 Snare Drum is a fantastic, characterful option when you don’t need a great deal of power in your backbeat, its lack of weight could reasonably be considered a downside in most other settings. Bolster that notoriously thin sound by layering a Tom or Conga under it, carefully tuned and with a short Decay – instant body and depth!

Like any drum machine, the 808 is primarily thought of and employed as a source of kick/snare/hi-hat patterns, but even if you’ve already got your main drum kit together via other means, keep it in mind as a generator of complimentary ‘Latin’ percussion parts. The Conga, Cowbell, Claves and Maracas sounds sit together beautifully and are ideal for adding a bright, funky top end layer to any drum track.